The Mitsubishi Outlander has become something of a stellar performer for the triple diamond brand and with the drive towards sustainable motoring really coming into its own, the shadow development of the plug-in electrical hybrid version is perhaps a more compelling tale.

Compelling in as much as the Outlander PHEV not only provides a benchmark model for PHEV development, but with the 2020 incarnation, it tells consumers the story that Mitsubishi wants told: this is a company who values its customers and produces sophisticated and desirable vehicles while ticking the value for money box.

And thus we come to a revised Outlander PHEV for 2020/21. Now sporting a much larger engine – and one we are used to seeing as Mitsubishi’s signature powerplant – with a 2.4-litre displacement, the EV element of the Outlander now has a ‘big brother’ which can handle whatever demands are thrown at it, be that powering the battery and electrical system or negotiating New Zealand’s roads effectively when called on to do so.

The electric motor – one of two – now has a higher output which makes the inclusion of a new sports mode, delivering better low and mid-range acceleration with 103kw of pure electric power on command. New generation Outlander PHEV sees the addition of drivetrain technology such as Super All Wheel Control. This torque distributing system underscores Mitsubishi’s significant point of difference with the Outlander as an all-wheel-drive vehicle which is expected to do some off-road work sometime in its life as a family adventure-focused SUV should. This also explains the addition of a new Snow mode to the various driving program maps.

While the technology enhancements and additions are key to this generation of Outlander PHEV, the refinement and sophistication in the interior appointment cannot be overlooked. The inclusion of front seat heaters, the trim variation and an 8-inch screen speaks volumes to the subject of significant upgrades to a proven Kiwi favourite.

For more information go to www.mmnz.co.nz/vehicles/outlander-phev/ 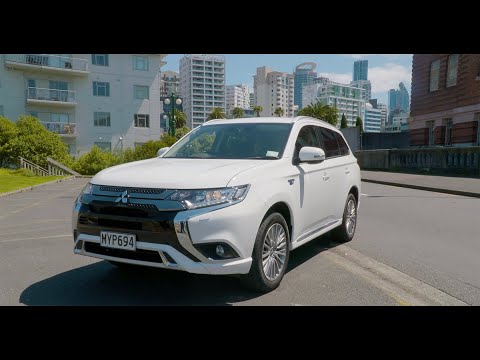